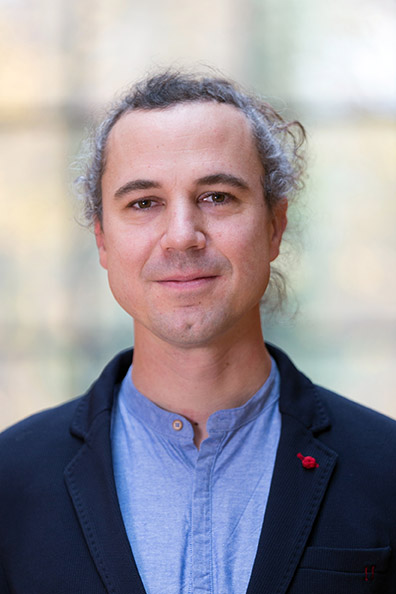 With a Masters in management and engineering, Sébastien Castella worked as an administrator and coordinator for several festivals, events, and cultural structures in Clermont Ferrand (Hippocampus, Semaine de la Poésie, Trans’urbaines, Radio Campus…) before moving to Montreal and becoming the technical director for the Festival du Monde Arabe organized at la Place des Arts, the most important event of its kind in the world. Sébastien Castella then joined the Festival Juste pour Rire as the logistical coordinator for transportation, the Nouveau Cinéma festival as ticket coordinator, and the festival Pop Montréal as stage manager. Since his return to France in 2011, he has worked as an administrator for several theater and dance companies and enter BurnOut compagny in 2014. Sébastien Castella also offers training in the planning, methodology, and management of production projects. In his workshops, he goes through pre-production, production, and post-production with the trainees, adapting each project to its local context. Under the name Selecta Seb, he DJs every week on Clermont-Ferrand’s Radio Campus with eclectic musical selections. Contact : / +33 780 056 256
This website uses cookies to guarantee you a better experience. If you go on browsing, we'll consider that you agree with it.Ok