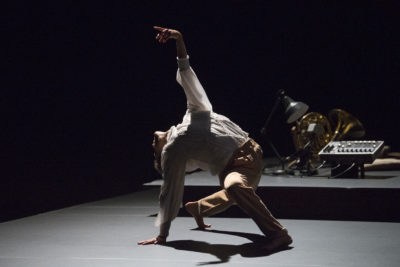 The ineffable is that which cannot be expressed in words. On stage, various forms of sacred art are combined through music and dance in order to make manifest what we often forget to look at, our deep and immortal nature, which cannot be described by words. For me, the sacred is everything that crosses time without taking on any wrinkles, that which surpasses understanding, that which frees us from suffering and raises us above our human condition.

To reach the peaceful and eternal silence that lies within all forms of life is the highest and most difficult quest, but it is also and above all the most beautiful. Thus, contrary to what one might think, this personal path of inner realisation cannot be a path without obstacles. This aspiration is so precious and so deep that it is easy to go astray while thinking we are on the right path, and it is impossible to approach this purity of the soul without first deeply facing everything that keeps it away. Thus, evoking spiritual pride, that spirit which claims to hold the ultimate truth without having totally purified itself of all traces of ego, is one of the essential points of this creation because it is ultimately the most dangerous trap.

Choreographically, I took great pleasure in feeding my dance with numerous forms of bodily expression from religious rites and in particular mudras, this “yoga of the hands” carrying a language adorned with symbols, by merging it with my favourite dance: hip hop dance and in particular the “tutting” technique. As I am also a trained musician, I compose and play part of the music live in order to be one with the sound while inviting the magic of the present moment with its surprises and fragility. In addition to broadcasting a selection of musical works from different spiritual traditions, my intention is to show that it is also possible to detect this relationship to the sacred in unexpected registers such as wadaiko (traditional Japanese percussion) or electro. The repertoire of sacred music being an extremely vast and rich field of creativity, my selection obviously reflects only a tiny part of all that is possible to hear. However, I have oriented my research by trying as much as possible to listen with my heart and not with my mind. Thus, it is my firm belief that each of the carefully selected pieces of music for this creation was written by a spirit aspiring to something greater than simply satisfying its worldly desires. Although they differ in form, the substance and power of the music are not far apart, as they reflect one and the same thing: our immortal essence.

Finally, the meaning that I have given to my life and that I wish to share here lies in learning to control one’s own body and mind, the two precious instruments of our accomplishment.

Jann Gallois | Cie Burnout is supported by DRAC Île-de-France – French ministry of Culture, by the Region Île-de-France and by the BNP PARIBAS Fondation as well.

Some upcoming dates : We were there... 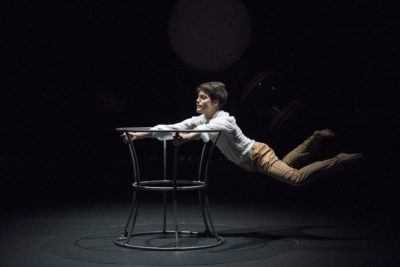